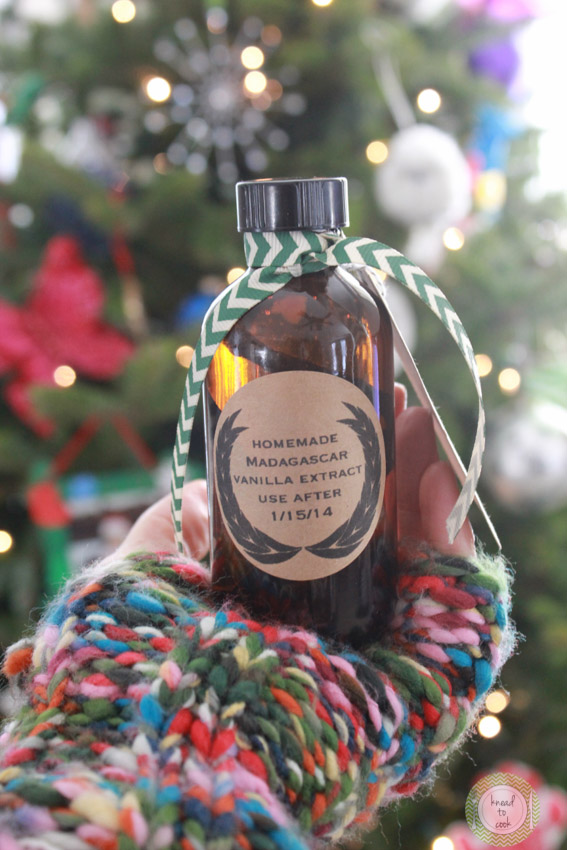 This year in light of my year of healthier eating, I wanted to make a holiday gift for friends (I normally do my eggnog bread with rum glaze) that wouldn’t add to their cookie stockpile that they already had (not that there’s anything wrong with that) and that would be a gift that they could use for several weeks or even months.  I thought of homemade vanilla extract immediately!  Now, if you haven’t had homemade vanilla extract it is far superior to the store-bought version.  Even the fancy gourmet versions that you shell out an arm and a leg for.  I also wanted to make a gluten-free version for my gluten intolerant friends – so I used potato vodka versus a grain-based.  This is such an easy recipe that will be well-received by all of your bakers on  your Christmas list.  Also a wonderful gift for teachers, mail carriers and hostess gifts.

This recipe is per one 4 ounce bottle.

3.75 ounces of potato vodka (I used Luksusowa)
2 Madagascar vanilla beans
1 Boston bottle or whatever 4 ounce bottles with a lid you wish to use
Funnel
Ribbon
Label

Into your washed bottle (you can use whatever bottle you have on hand or purchase bottles online).  You are going to pour about 3.75 ounces of vodka into each bottle.  I used a funnel to make pouring easier.  Using a sharp knife, pierce the vanilla bean (about 1/4 of an inch down from the tip) and proceeding to the other tip – not going to the end however (end leaving about 1/4 inch of the end intact).  See photo.  This exposes the beans on the inside and will allow the bean to flavor the vodka.  Place two vanilla beans (I used Madagascar) into each bottle.  Helpful tip:  I used a chopstick to push the vanilla beans down into the bottles. Close the lid tightly and give it a good shake.  Store in a dark, cool area shaking once per week.  The extract is ready to use in about 4-6 weeks. 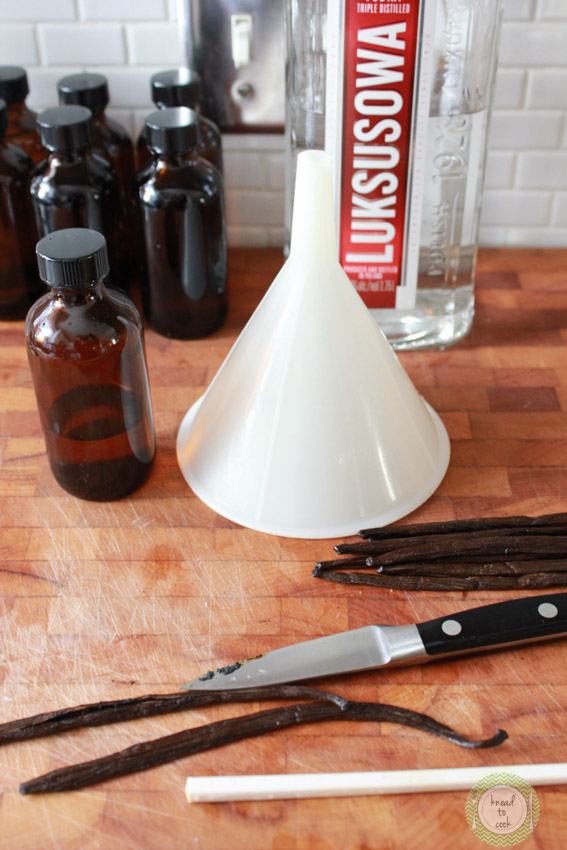 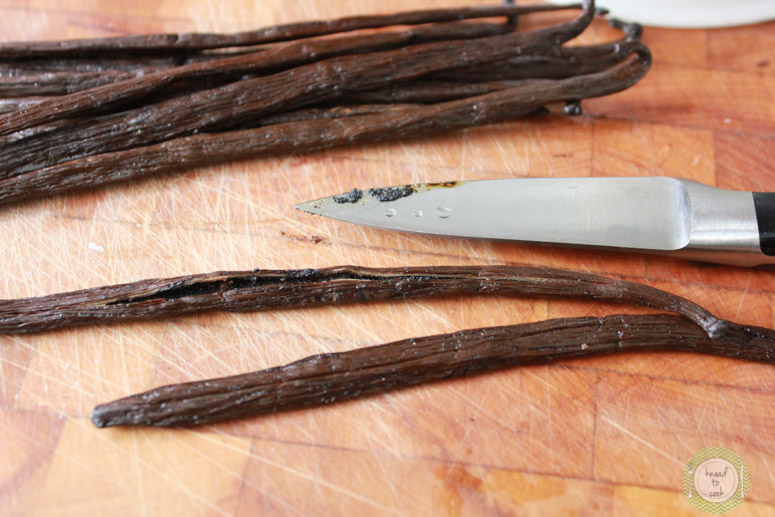 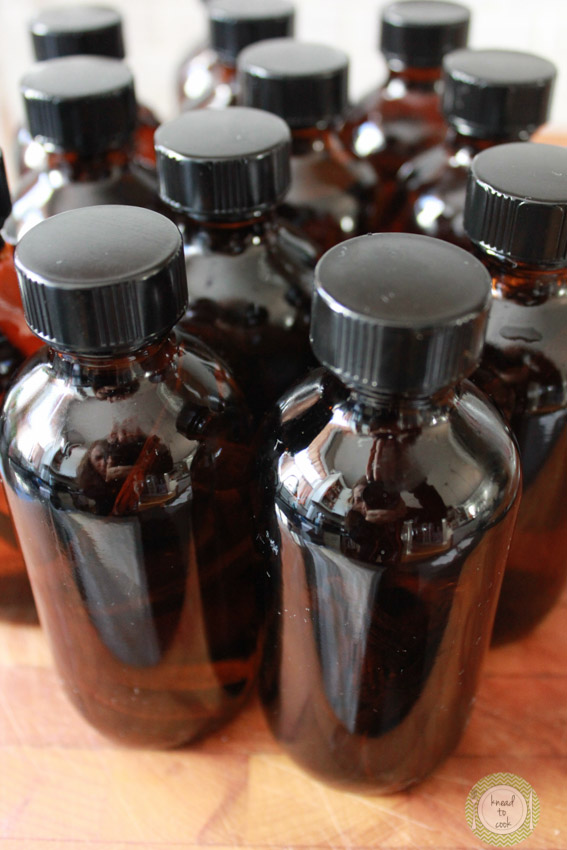 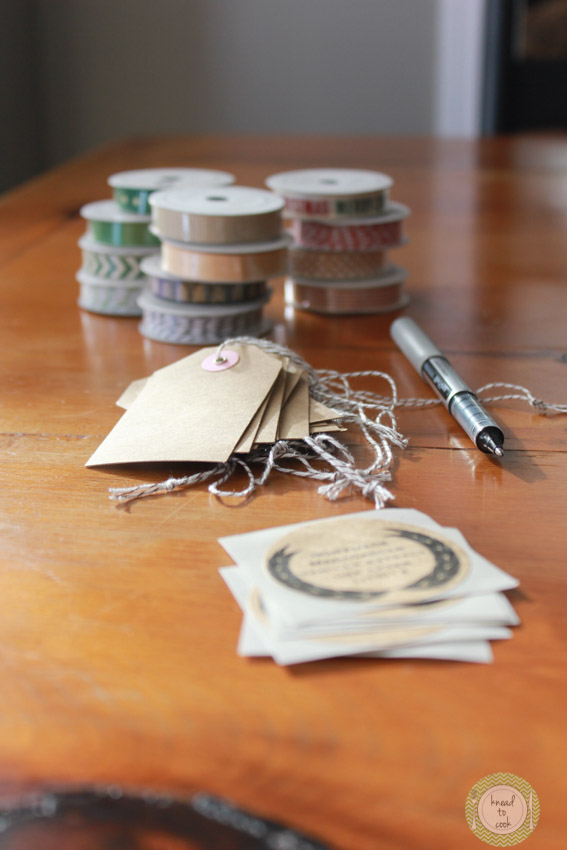 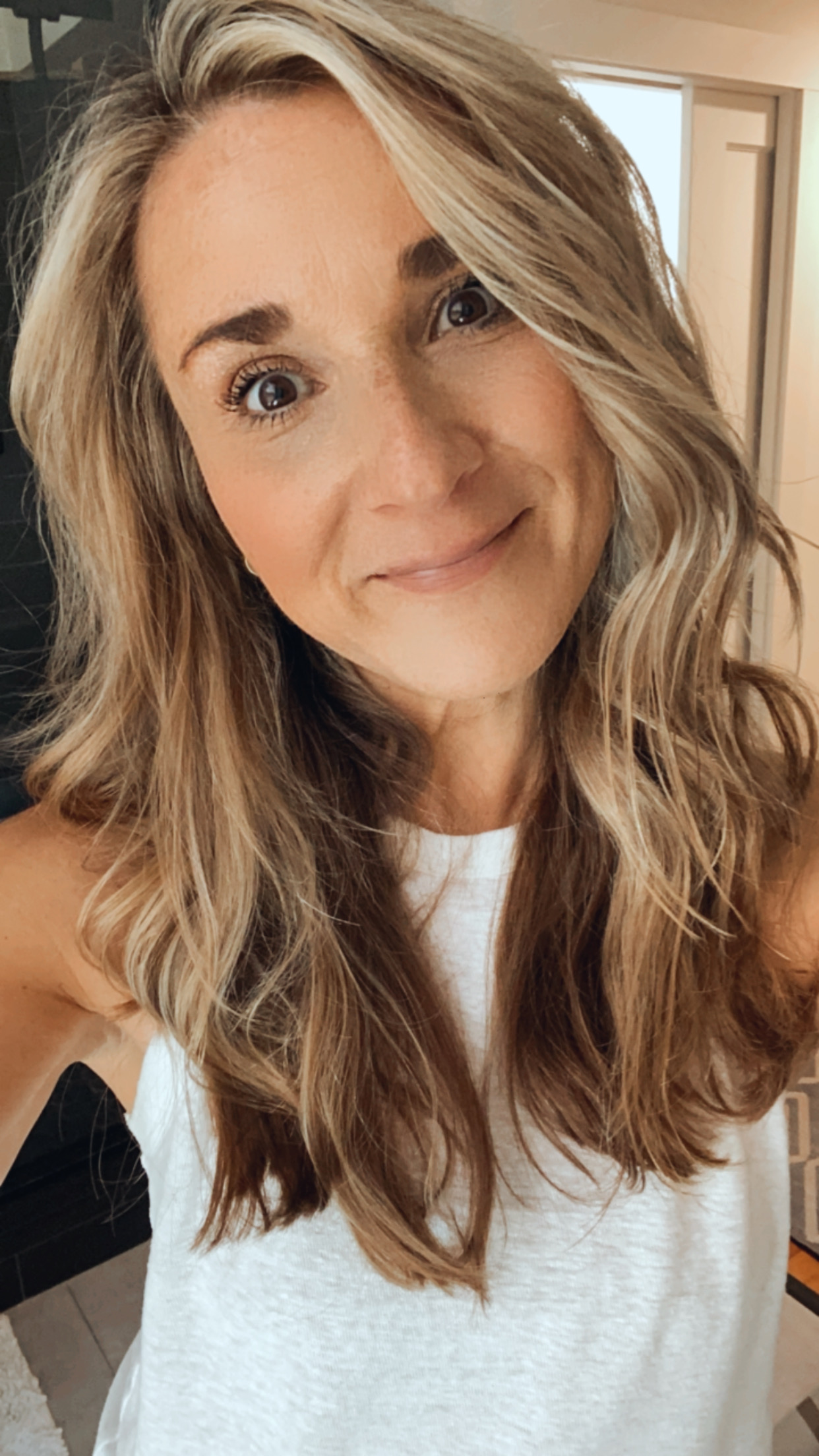 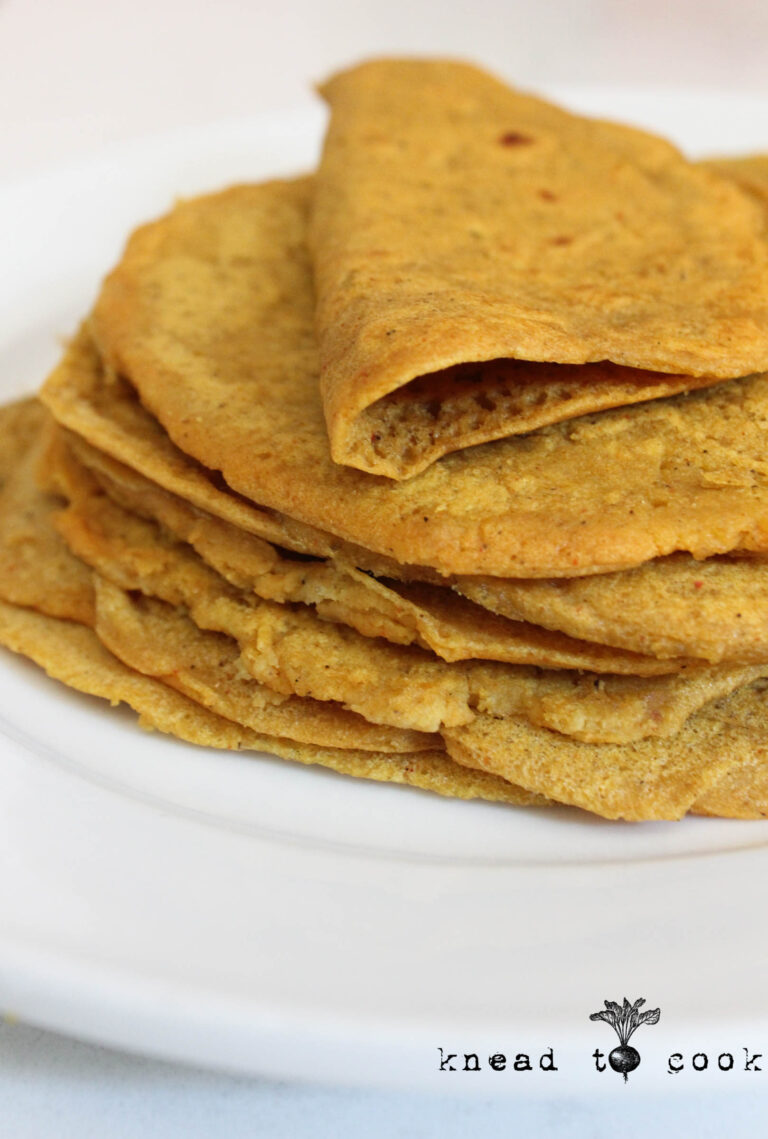 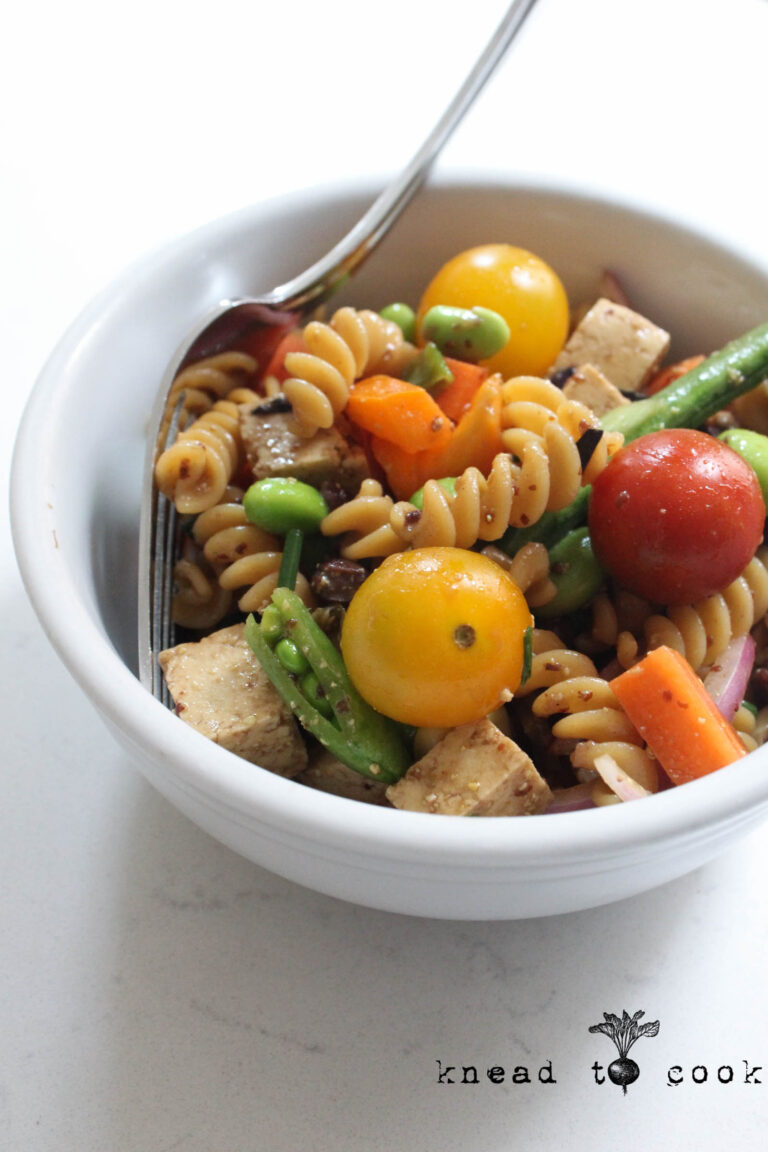 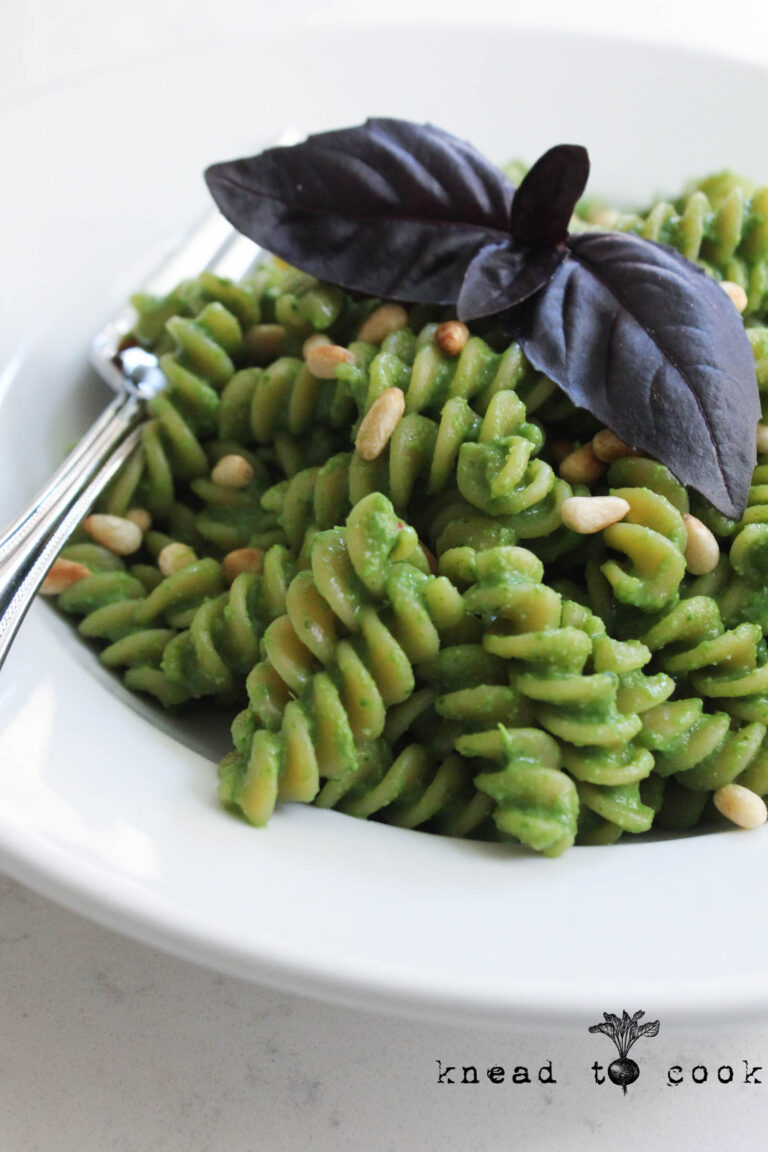 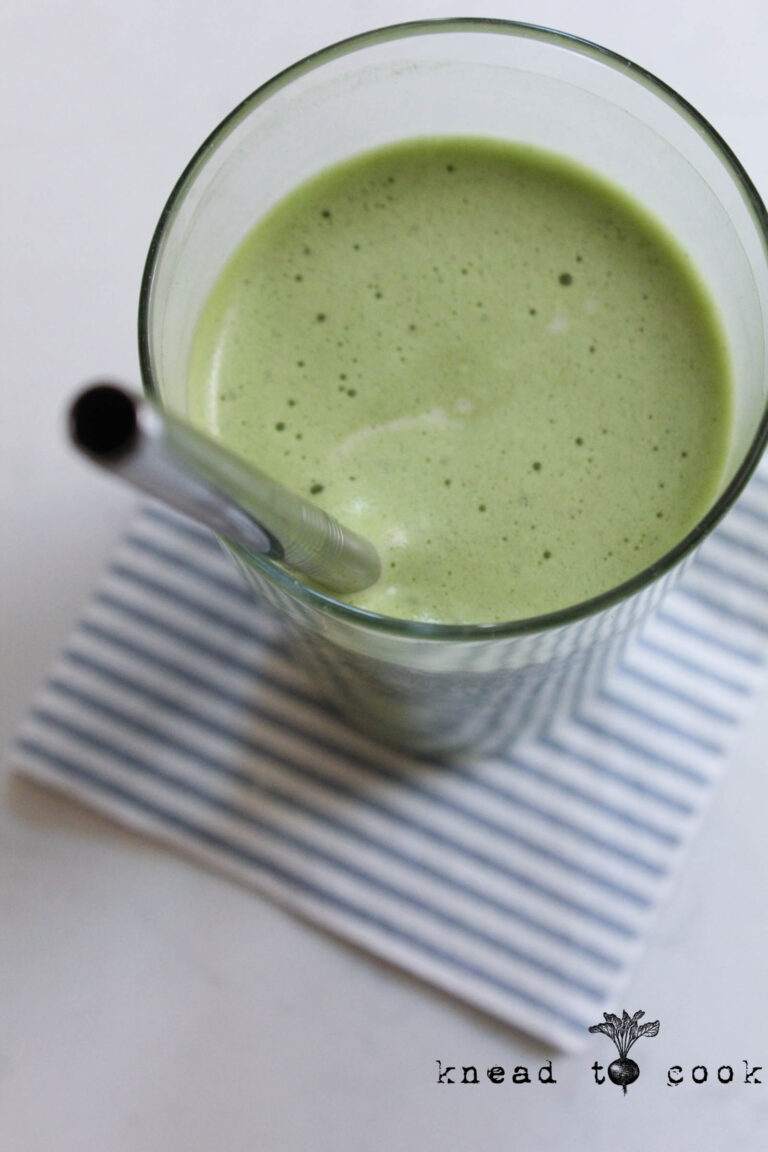